Well! This seems like an obvious choice for a Best Dressed Issue but not in a way that makes it boring, in a way that makes it correct. There are VERY few women who could pull off a quasi-Dorothy Hamill haircut and this giant Richard Quinn frock and not be overwhelmed — but she’s one of them. (I was just looking at the massive red carpet retrospective we wrote about Zendaya last year and truly, she IS Best Dressed. There are very very few misses therein.) This is also a fairly bold newsstand cover for this magazine, which does tend to veer “wearable” and “relatable,” neither of which are a bad thing, but also neither of which are Richard Quinn.

The interview, with InStyle’s EIC Laura Brown, is, as always, an interesting read. Zendaya seems, honestly, a little stressed — which is very relatable — but she’s also so smart. This part is, of course, highly relevant to our interests:

LB: It’s funny because you’re quite a low-key person, but when you go onto these red carpets, you really amp it up. Is that so you can say, “Thank you, world, I’ve had my moment. I’m going to go home now?”

Z: I think about red carpets as having their own characters and narratives. We build a little story for all the looks. It’s like an extension of my acting career in a weird way — you just pop this wig on or whatever it is. Clothes sometimes are very emotional, so I get to embody these different facets — maybe they’re of myself, or maybe they’re alter egos. But I get to meet these different women through clothes.

LB: What are your favorite red carpet looks so far?

Z: Joan of Arc [at the 2018 Met Gala]. The pink Tom Ford breastplate [at the 2020 Critics’ Choice Awards] was one of my favorites. Nothing could hurt me — I was like a warrior. Oh, and the Moschino butterfly dress [at the Australian premiere of The Greatest Showman in 2017].

Let’s look at the other covers, which are also great:

I technically might like both of these more than the actual newsstand cover. The Schiaparelli cover above is truly glorious.  And, as noted, the light on this one is beautiful:

In case you were wondering, it appears that eye makeup is BACK.

[Cover photo by AB+DM. The interview will be featured in InStyle’s November issue hitting newsstands on October 22nd.] 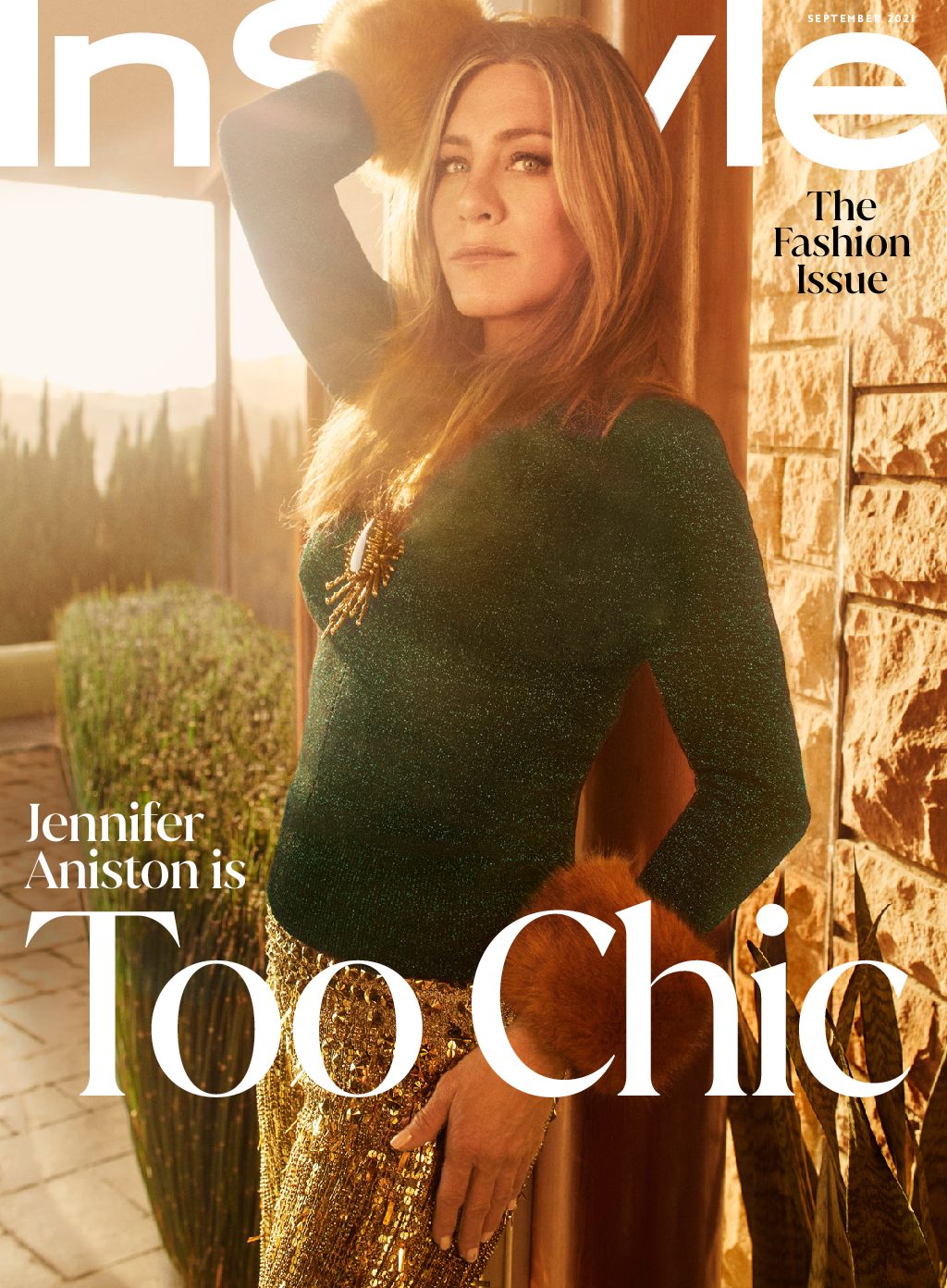