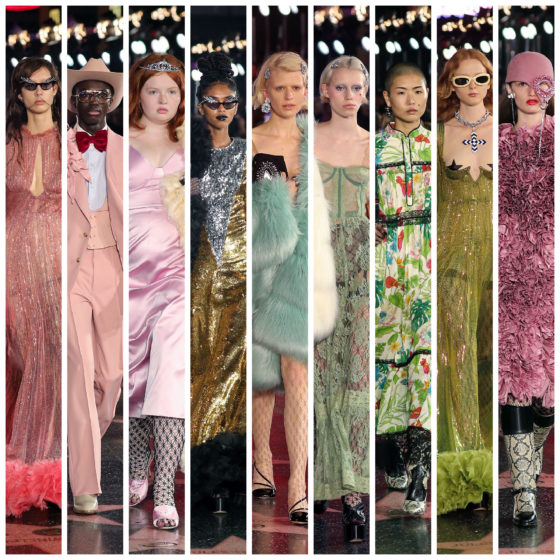 We covered the — very A-list!! — front row of this show yesterday, but better look at what Gucci actually sent down the runway — or, to be more technically, down Hollywood Boulevard. Literal Hollywood Boulevard, that’s the actual Walk of Fame. The whole thing has a very Daisy Jones and the Six feel to me and while I don’t love all of these looks, that’s definitely a compliment about the vibe. (And the shots that Vogue got backstage are very cool; this entire event looks fun.) Settle in — Gucci gave us over 100 looks to peruse. I….did not comment on all of them.

The Gucci folks are good at their jobs; they tweeted at (I think?) everyone who follows them that the show was starting and they could watch it live. Very clever!

Gaga (and the Rest of the House of Gucci Press Tour) HAS ARRIVED!