Julianna Margulies used to be so reliable, but she’s having a REALLY awkward 2015. She’s usually just sleekly glamorous. But at the Globes, her dress got lost three-quarters of the way down and her hair was a smidge old on her, and now she’s in a gown that’s just flat-out junior league. And, as you’ll see better in this next photo, her blush looks like she passed out in a pile of NARS. Luckily, the hideous mistake of her ensemble is soothed somewhat by her husband, who is anything but. He might be, in fact, the EXACT OPPOSITE of the words “hideous mistake.” And the horrors of her dress will cease to matter later when he is lovingly removing all that makeup later with smoking hot, tender hand slathered in Ponds Cold Cream… hang on, I think this just became Good Wife erotica.

SAG Awards Fugs and Fabs: The Cast of Game of Thrones 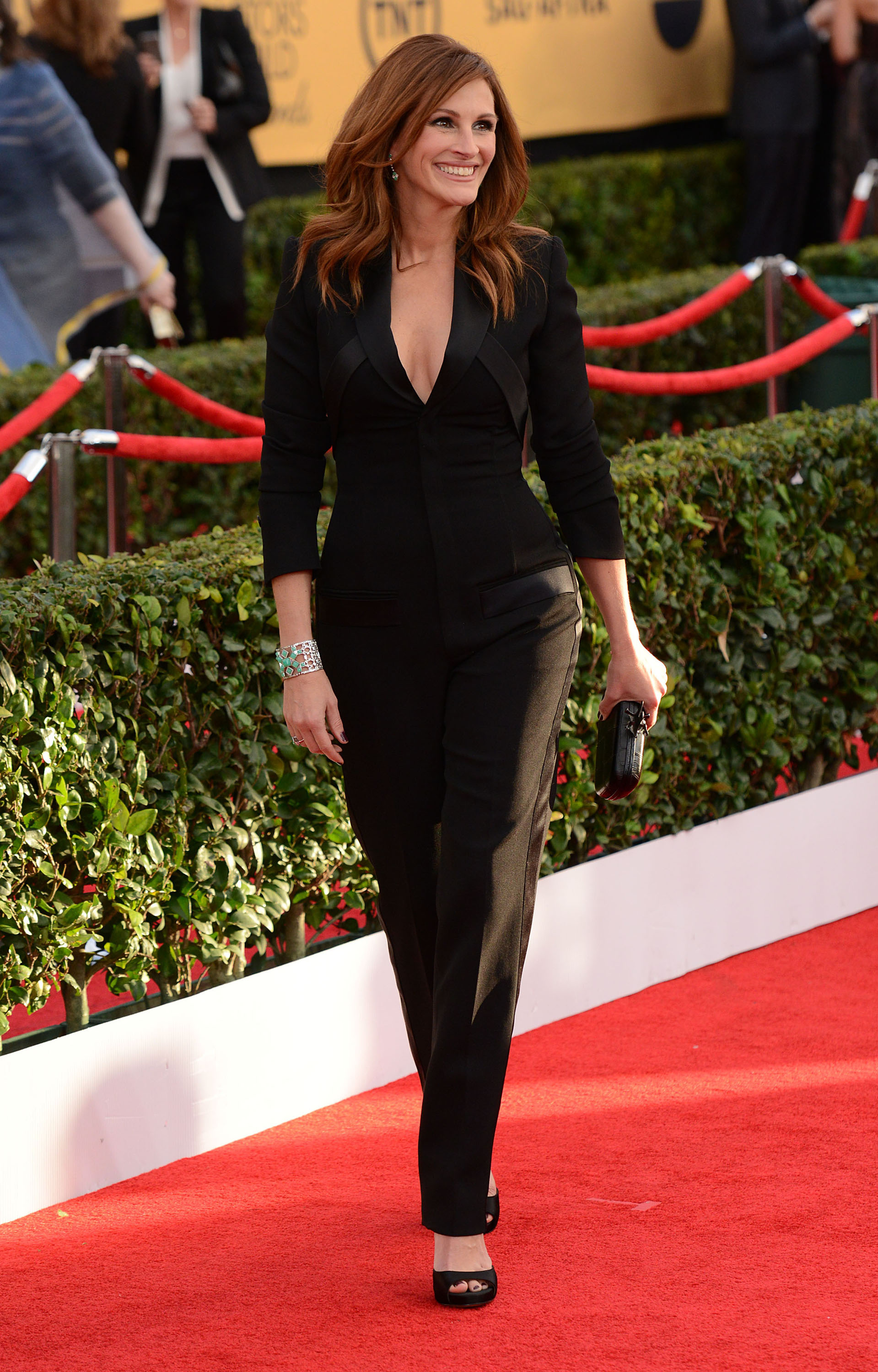