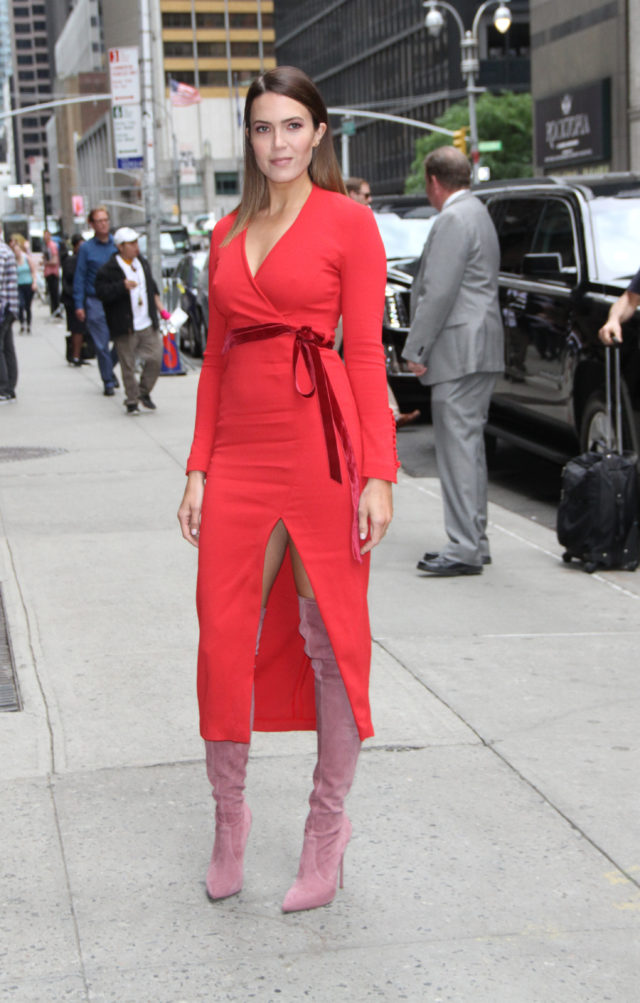 I presume Mandy Moore is out reminding everyone that This Is Us is great — she was on Colbert this week, and Howard Stern, and I watched/listened to neither, but she doesn’t have anything else on the docket other than the Wreck It Ralph sequel, which doesn’t come out until November. (I don’t listen to Stern, but I guess they talked about the infamous interview wherein Wilmer Valderrama told Howard that she lost her virginity to him, which is apparently not even true. [a] He’s lucky she didn’t egg his car for pulling that stunt, and [b] wow, 2005 was weird, you guys.) Anyway, I don’t begrudge her doing This Is Us press, because it reminds me that I have a LOT of This Is Us to watch, and some tear ducts which require irrigation. I might begrudge her the thigh-high suede boots, but mostly because just thinking about them is making the back of my knees sweat.

Mandy is really FEELING leather and leather-like fabrics at the mo, too: I’m not gonna lie. That skirt is CUTE.

The Latest Messages From the AGT Crew