Sorry so tardy, but I had screengrab issues for a while with this one. Hopefully in future I can get this to you quickly, assuming the episodes are posted online fast enough (Hulu only has old seasons, CBS made it as hard as possible to stream it… le sigh). But I couldn’t deny Fug Nation its Diane Lockhart fix, much less Alicia Florrick’s classy business separates. This extremely unscientific recap process involves doing a power ranking that’s based on where their characters are and what they’re wearing. Let’s see if it works. Counting down…

He had a rough week. Cary is languishing in the clink for the foreseeable future, all because of a discussion he had with Lemond Bishop — the extremely dishy drug dealer (I mean, if you’re going to deal it, deal it right) whose “legitimate business” is handled by Alicia. The cops who arrested Cary were not impressed by his taste in men’s suiting, and cuffed him here to a guy who almost puked all over said suit. His father refused to help Florrick Agos amass the bail money — Cary doesn’t even know that part — and it turns out he’s accused of helping run $1.3 million in heroin, so he’s basically up shit creek. AND, he didn’t even get one final bang out of Kalinda before he landed in jail. Things just could not get worse. Oh, wait, they can: He got his hand shivved by one of Lemond’s guys on the inside, as a test of his loyalty. He did not agree to this; it just happened. The bright side is, the guy was supposed to chop off one of Cary’s fingers, but instead he just slashed Cary’s palm. Prison is full of silver linings, the other one being that his complexion is coping with prison khaki as well as anyone’s can. Peter spends the episode doing very little except get manipulated while wearing suits that are very attractive. Jackie told him that she heard Eli pitching Alicia the State’s Attorney job, and he puts his foot right down about that — for about thirty-five minutes, after which he folds like a cheap pair of panties. Speaking of which, the office grapevine is abuzz with news that Peter’s favorite intern does not wear any. If you feel bad for the intern for everyone discussing her panty situation, don’t, because she confirms it for Eli’s eavesdropping daughter by lifting up her skirt, so basically, everyone at this office is tacitly sexually harassing each other and Peter Who Used To Bang Hookers just flargs around acting like everyone is so silly for worrying about it. Very ineffectual. She gets herself into a burnt-orange leather jacket, which isn’t as bad as it could be. But any detecting she tries to do gets stamped out by Lemond Bishop, who intimidates her by leaning through her car window while wearing a marvelous necktie. The Kalinda of yore might have kicked him in the balls through that same window, or better, licked his face.

This photo says it all. Alicia does a lot of legwork and whips out some VERY elegantly somber suits, but ultimately has less juice than my iPhone after half a day at Fashion Week. She almost takes out a second mortgage to cover some of Cary’s bail, but still can’t raise enough; she loses every legal action she initiates; and Diane still wants to bring her clients to Florrick Agos, but she wants a full vote and demands that they take on Kalinda (possibly at the expense of Robin, which I would hate, because Jess Weixler is super charming on this show), and all Alicia can do is say, “I have to check with Cary.” She looks freaking GREAT while doing it, though, which is a huge plus. There’s something sailor-chic about the navy and the white that really works on her, in addition to the lipstick. Then she busts out some advanced blouse science where it pokes out her sleeves, like she’s wearing little satin chef toques on her wrists, AND layers a bracelet over it, and it still somehow makes sense. She even wore a stripey peplum-type hem on her blazer and rocked the hell out of it. AND she brought a great ring to the party. ALICIA. Teach me your ways. If she hadn’t had SUCH a bad few days at work, she might’ve landed higher on the Power Suit ranking. Her one moment of FLEETING success was telling Eli to get stuffed, with regard to the State’s Attorney job. She chugged wine and then did some dishes while telling him to go away. She is a multi-tasker. And she did that in the correct order. I often need wine in order to confront the dishes. Eli spent half the episode on Panty Patrol and being shot down by Peter and Alicia. Then he got serious and put on his Bloodletting Tie. And through some ego-stroking and tweaking that Peter TOTALLY should have seen through — except for how he’s basically becoming a doofus now — Eli gets Peter to reconsider the wisdom of Alicia running a campaign. It involved setting up a meeting between Peter and another candidate, who are contentious with each other, and misleading each one about what the other wants. Usually that backfires on the schemer; the other dude, indeed, flounced out of there with a sour, “Thanks, Eli.” But not Peter. Nope. Peter couldn’t see a cunning plan if it introduced itself and then slapped him. Which seems out of character. Finn spends this episode one-upping Chicago’s finest Fancy Lady Lawyers. (That bald dude behind him is the one Eli played against Peter, by the way. If you need to know such things.) He does it with a smug sort of charm. He is no Josh Charles, but I might not be that mad at Alicia if she accidentally trips and falls into his Love Shack. I can’t call David Lee simply “David,” because he’s the Joey Potter of this show to me. He’s David Lee. in full. Forever and always. And you THINK he and Louis are going to get played by Diane, who is trying to sneak out of the firm by “retiring” so that they won’t realize they need to woo her clients. But in the end, they totally see through her, and start casually mentioning to a finicky elderly couple that Diane represents that the “Agos” in Florrick Agos is currently in the clink on heroin charges. This is the unholiest and oiliest of alliances, and it’s actually rather tremendous. Their hands must leave greaseprints on every surface they touch. I hate giving this spot to a guest star, especially one with a dullsville wardrobe. But Sophia, an old flame of Kalinda’s who works for the cops (I think? She’s at least a PI or something), holds the key to the case against Cary. Apparently, dumbass had a whole discussion with some of Lemond Bishop’s people in which he advised them about how to Skirt the Law (And Other Logistical Shortcuts When Running Drugs). Those of you who have memories: I’m assuming this was in an earlier episode? Do you remember the context? Because I don’t know if it’s one of those times where they lived in the moral gray area, or if Cary was totally inadvertently doing it, or… what. HELP. Anyway, apparently the cops have an informant in Lemond Bishop’s inner circle, and that informant taped the conversation. Checkmate, Cary. And so she gets the three spot here. Let’s be honest, half the reason I’m giving this to Diane is because she’s Diane, and she’s Christine Baranski, and she is made of yes. This outfit was, however, not my favorite. It draws attention to her boob region in a scene where she’s the only woman in the room, and in which she’s talking about being forced out of the company by said jerklemen. They do, for the moment, accept her explanation that she’s retiring to spend more time with Gary Cole — wouldn’t you? — and agree to let her stay as Whatever Honorary Position She Also Holds until the end of the month. So they’d better enjoy her jewelry while they still can. Finn comes up with sound legal reasoning why Alicia should be thrown out as Cary’s counsel, so when Diane accepts the case, she happens to be wearing a GIANT bad-ass chain necklace, which is whacking me in the face with its symbolism (even if it was unintentional). Then she goes into court, graceful as can be, and still basically falls prey to the simple beauty of the case against Cary: They won’t reduce bail, and when the money is produced, they won’t release him until the source of the money is tracked. This is a problem, because it’s laundered drug money, courtesy of…

I have a feeling hot, hot Lemond — you might remember him from Ringer, als0 — is eventually going to sink like a stone down this list. SURELY his streak of exceptional good legal luck can’t last forever. But I hope his streak of amazing shirts and ties is eternal, because LOOK AT HIM. Why would you want to put this man in prison? Yes, okay, he profits off selling drugs to the addled, and yes, he hurts and probably also murders people, but the man KNOWS ties. And because he’s fictional I can brush off those other things as mere inconveniences. Lemond thoughtfully gives Florrick Agos the bail money after Cary proved his worth (he brushed off the hand-slash and hasn’t tried to talk or make any kind of deal), and he’d better hope it’s squeaky clean, or else I might have to mismatch one of his pocket squares AND THEN WHAT. Yeah, the thing is, he knows it’s an idle threat. He’s on the top of the hill this week, both sartorially and otherwise. Long may he taste the rainbow. 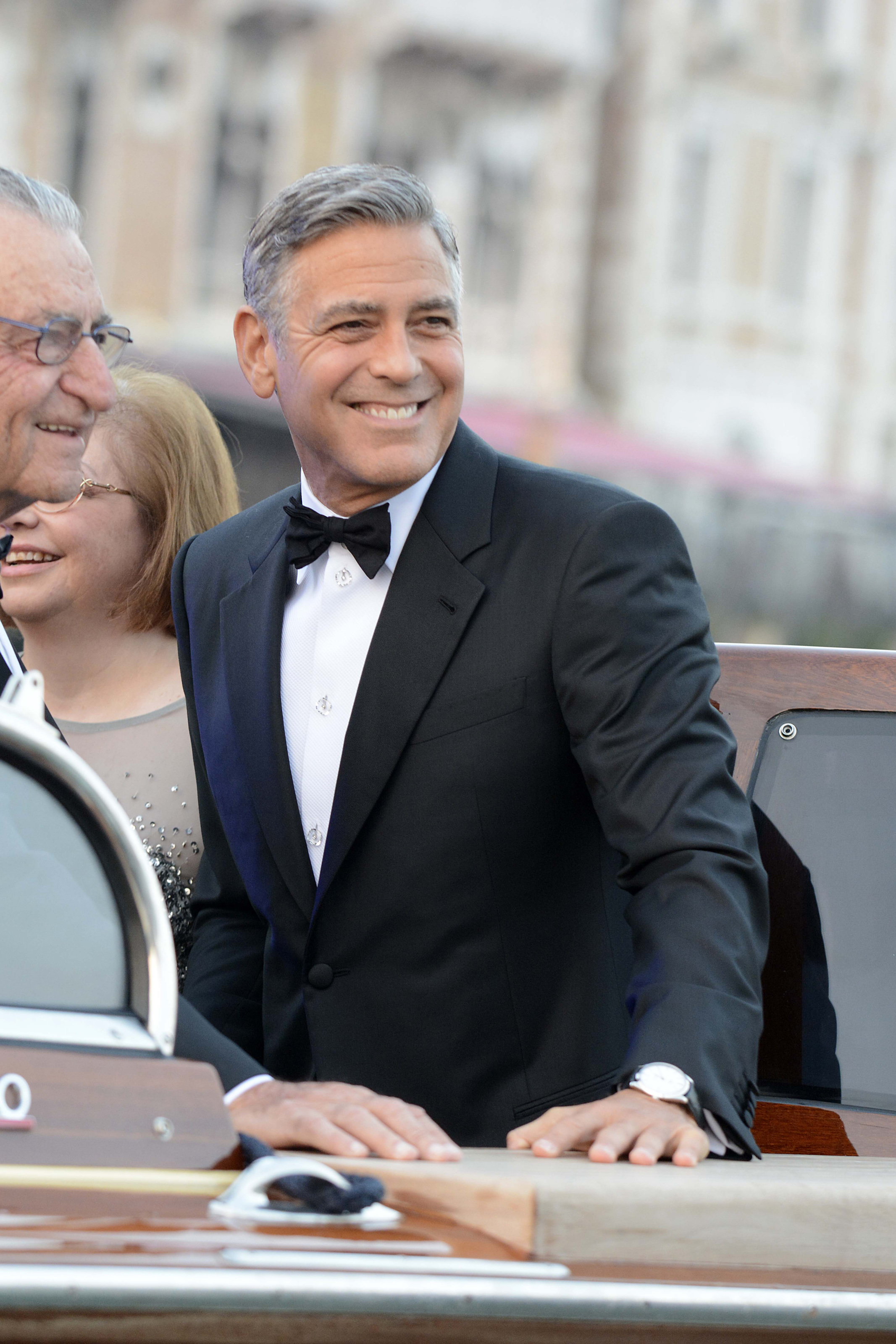