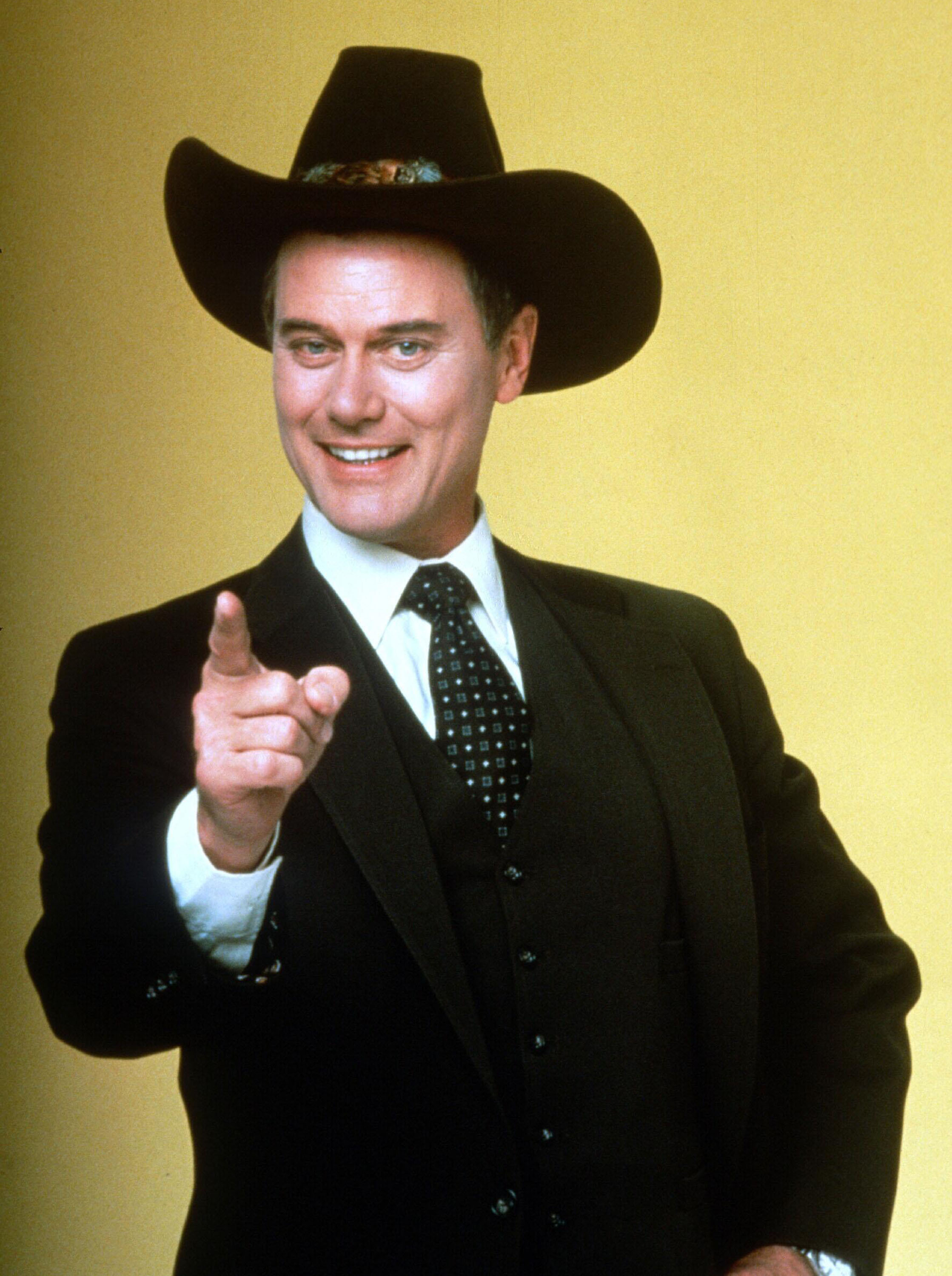 As soon as I learned to read music, my piano teacher asked me what song I’d like to try first. My first two choices were, in this order, the themes to “Dallas” and “Dynasty.” (And bless her, she wrote them out for me.) Living in England at that time, we tended to devour any U.S. television shows we got, but Dallas and Dynasty were the big dogs: If I missed them, I taped them. Those people were so familiar to me. So the return of J.R. Ewing to TV was one of the most welcome and awesome things ever, and the death of Larry Hagman this weekend was actually viscerally distressing. Hooray for us all that we got the gift of ten more episodes — plus however many new ones he’d already shot — of J.R.’s sassy one-liners and delectable scheming, but it means we’ll all feel the loss even more. AND Bobby and Sue Ellen were apparently at his deathbed with his family. Sniffle. Anyway, Liz & Dick kind of sucked the time away this weekend, but we wanted to throw together at least a QUICK tribute to Larry Hagman, to wish him well as he heads up to the pearly gates and commences smiting that snake Cliff Barnes.

For a CLASSIC J.R. and Sue Ellen verbal spat, click here — the music cue right before J.R. delivers his exit line is hilarious. And for a montage of J.R. moments that’s long but also essential, click here. “What do you like in your coffee?” “BOURBON.” Yes sir.