Has anyone here seen The Lego Movie? Because it’s amazing. But more to the point, there is a moment in the movie where Morgan Freeman’s character says, “That idea is just… the worst,” and it’s perfect, and I wish I could open my mouth and have that precise bite come out because it’s EXACTLY what is going through my head right now. It is literally three black strips, and then some puberty.

I also have questions about the cast photo: Leah Pipes (the blonde) looks cute. Tonkin is in either shorts, or a romper and a blazer; either way, frankly, it’s practically a retro bathing suit rather than an actual trouser-related anything. Danielle Campbell MIGHT be wearing formal running shorts, Daniel Gillies was just painting his house real fast before he came over, Charles Michael Davis is thrilled to be there in the middle because he knows he is bringing it, and Joseph Morgan over there on the left is like, “I… have no idea what’s even happening on this show. Can I go back to Mystic Falls?” Fugs and Fabs: The Game of Thrones cast at ComicCon 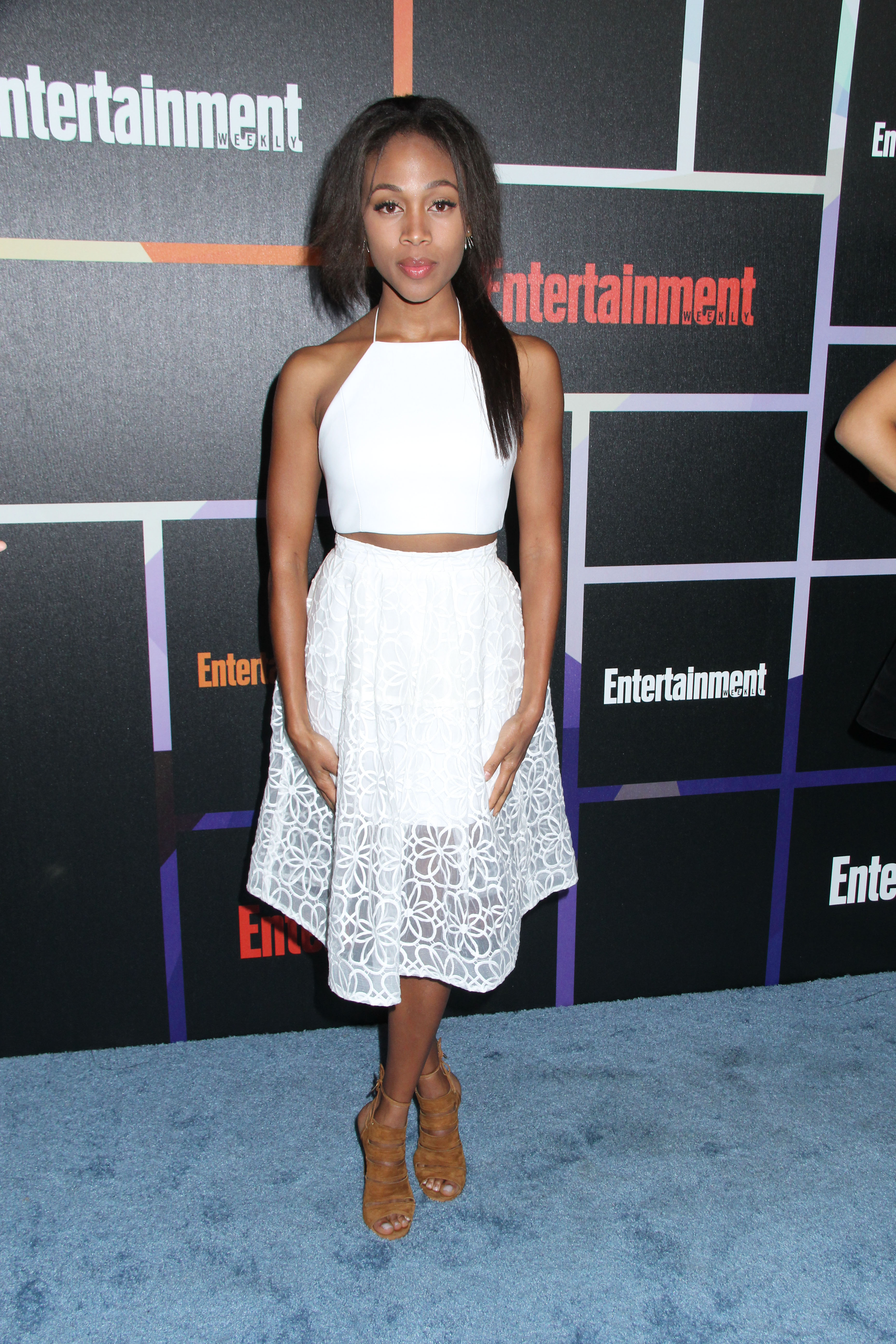 Fugs and Fabs: The Entertainment Weekly Comic-Con Party: The Midriffs