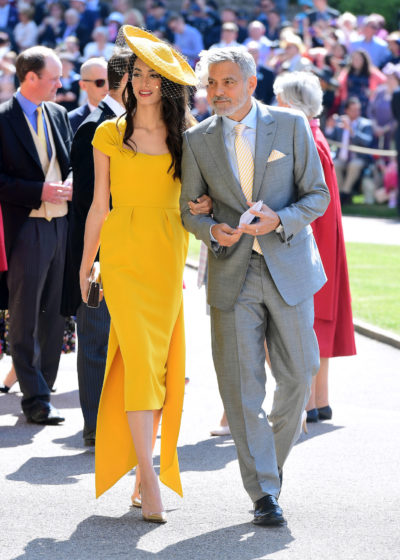 A lot of this guest list just went to prove that you really cannot believe many things you read in the press: It was reported that neither of Harry’s big-time ex-girlfriends, Chelsy Davy or Cressida Bonas, were invited and yet there they were! It was reported that Pippa had been snubbed, but Pippa showed up with the rest of the Middletons, including James! I read that Suits fan-fave Louis Litt wasn’t invited; Louis Litt was IN THE HOUSE. However: Priyanka Chopra’s own press did prove to be accurate. She looked…well, let’s get into it. We have much to discuss.

Royal Wedding: The Queen and Her Crew