Emmys Fugs and Fabs: The Stars of UnREAL 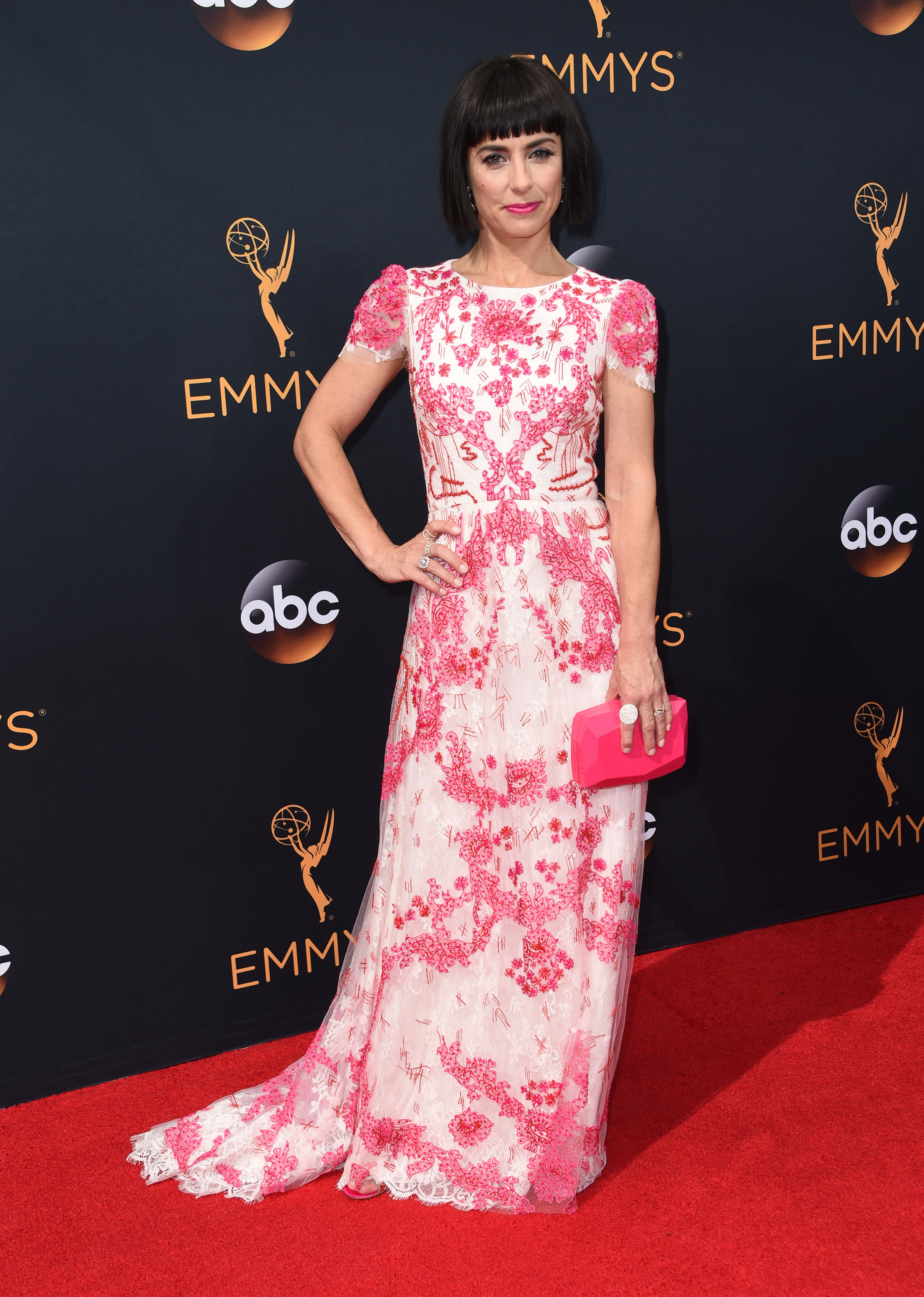 Constance Zimmer has worked a LOT, but I remember vividly seeing her early in her career on a sitcom called Good Morning Miami, and thinking to myself, “Wow, this show is the pits, but SHE is really funny.” So seeing her get a well-deserved Emmy nod kind of feels like seeing something really awesome happen to a long-ago friend you’re only in touch with on Facebook. The difference being that hopefully nobody poked her on this night. (I also watched Shiri on Roswell, where she notoriously would end all her gerunds “ink” instead of “ing” — a habit that went away on Life, Unexpected, but then came back occasionally on UnREAL. Maybe it’s character work.) Emmys Fugs and Fabs: The Women of The Unbreakable Kimmy Schmidt