It’s barely 2013 and I am already tired of Nicki Minaj.

Like, have you seen the new American Idol posters? They are so bizarre. Not because Nicki is dressed like an evil nun or anything — she sort of looks like a deranged cruise director, but that seems about right — but because the lineup of Randy Jackson, Mariah, Nicki Minaj, and poor Keith Urban just looks WEIRD. Every time I see it, I feel like I accidentally got sucked into an alternate universe.  Who would have predicted that, of the original judges’ panel, RANDY would be the one who lasted the longest? Or that Mariah Carey would decide to go get a day job instead of just wandering around her giant penthouse condo feeding her fishes and working out on the Stairmaster in heels? Or that Nicki Minaj would agree to hang out with Mariah all day? Or that Keith Urban was so competitive with Blake Shelton? I worry about Keith. I think this whole set-up is going to make Keith miserable. I hope that being the meat in a Mariah/Minaj sandwich doesn’t drive Keith back to the bottle.

That being said, when I originally saw this picture over the break, it was accompanied by a headline reading, WHAT IS NICKI MINAJ WEARING? and I naturally assumed she was out in costume as an unusually sparkly dolphin or some shit. Comparatively speaking, this is practically normal! SURE, her nipples are one deep breath away from making a run for it, but she is serving some Kelly Rowland Realness with those bangs, and who doesn’t love an aggressive epaulet during the holidays? Everyone really WAS on vacation last week. 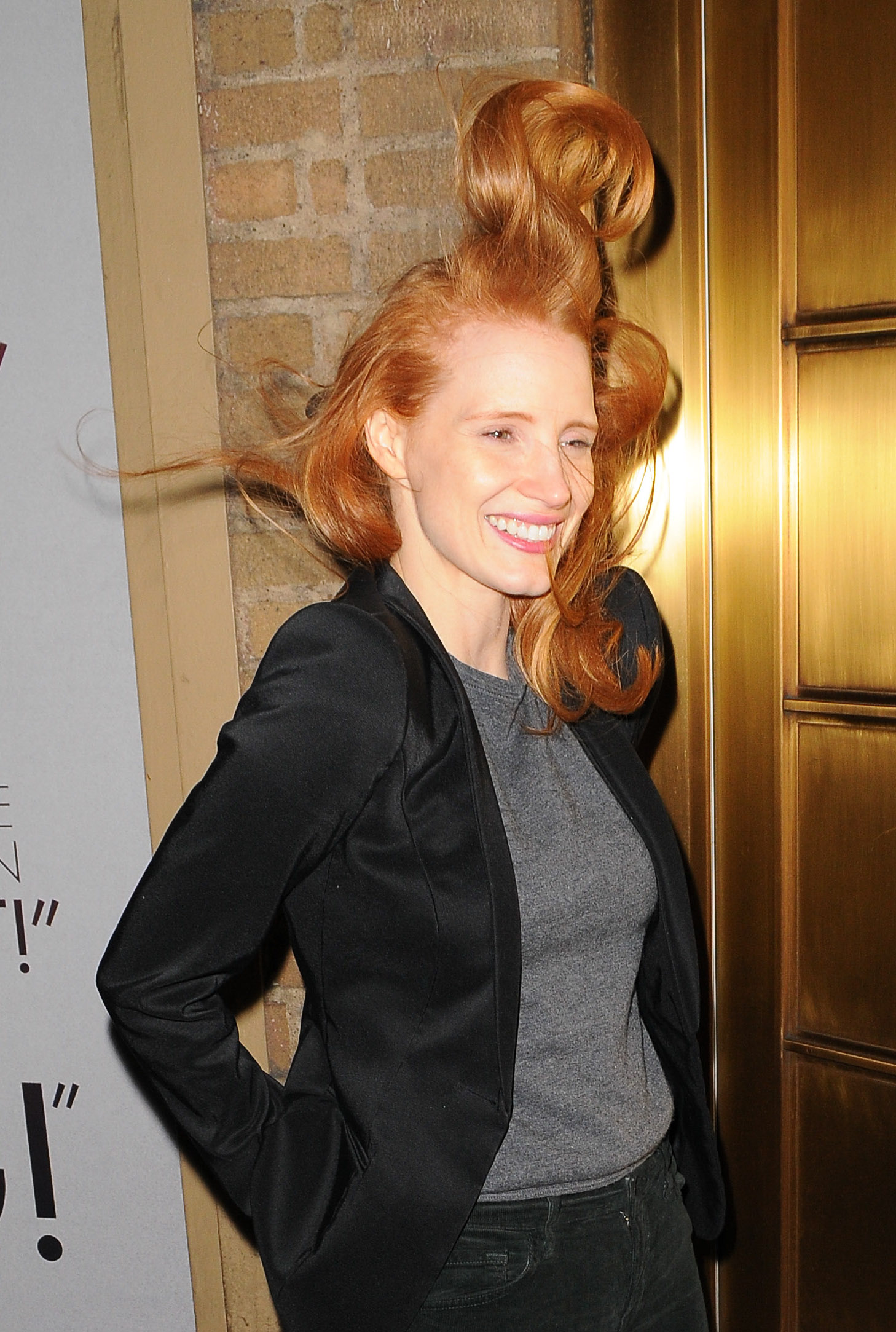 The Stage Door Fines and Fabs of Jessica Chastain

Ashley and Amanda Were Unusually Wacky This Week

Amal Clooney Is Back Out And About

Eva Longoria Has Been Making the Rounds!

Please Look at What Charli XCX Did