It’s already been pointed out that Amber Rose appears to have been channeling Rose McGowan at the 1998 VMA. 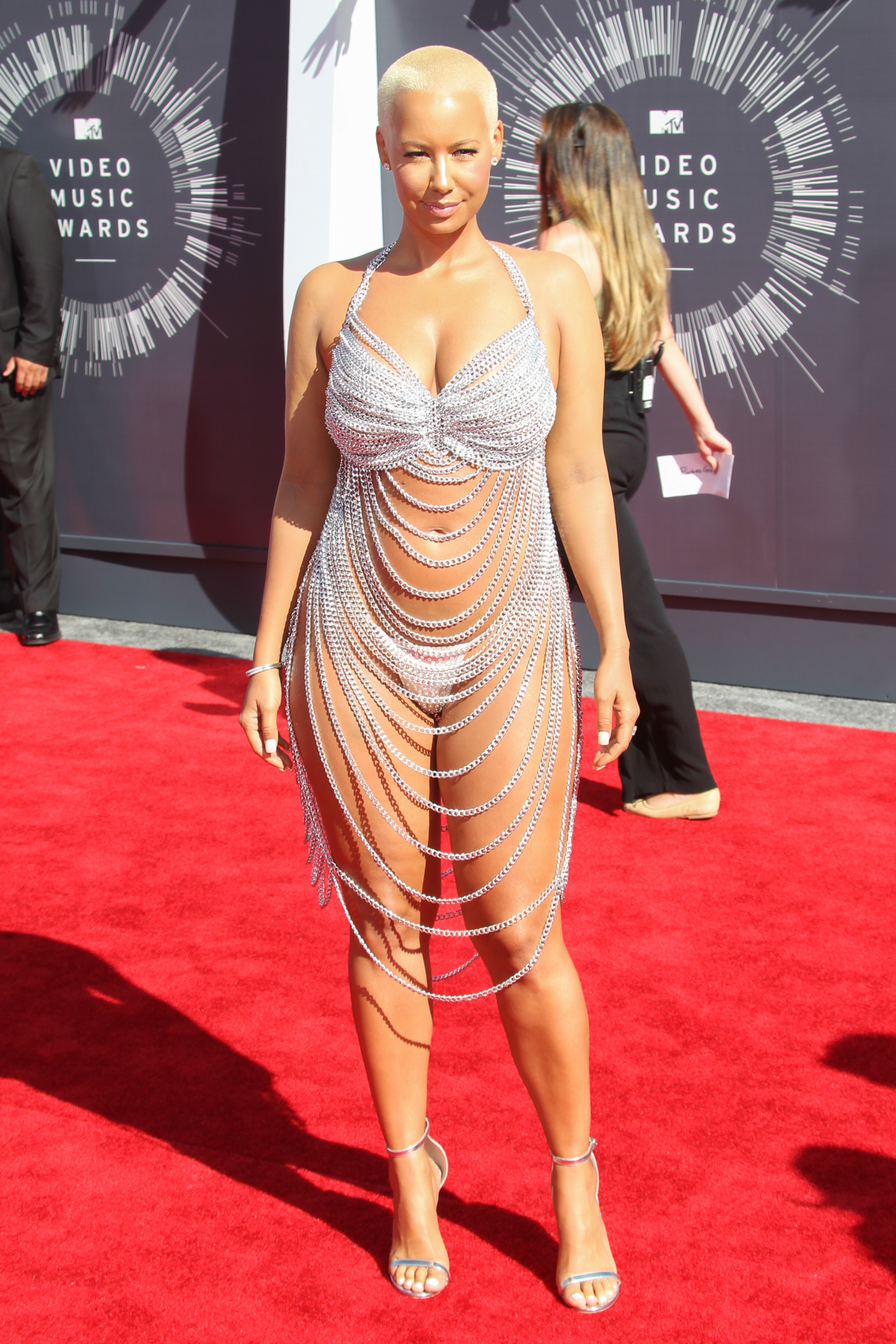 Seriously, “Amber Rose McGowan” feels like an answer on Wheel of Fortune that neither Pat Sajak nor Vanna White would fully understand. To be fair to Amber, McGowan’s was see-through in front — her thong was leopard, her nipples were not (does that make Wiz Khalifa the Marilyn Manson in this scenario?)(wow, suddenly I want to see that quadrangle out to dinner somewhere; I think Marilyn would be miserable). But RMG being more naked does not make Amber’s any less absurd. It’s like Princess Leia came out of Jabba’s lair and decided to empower herself through fashion.

It’s also not the first time Amber has worn strings (Kanye West may have singlehandedly guided her to her Fug Madness crown). I don’t even know if it’s the worst time Amber has worn strings. You BET I am going to make you vote on which is worse, the spandex jail or the cage of sparkle. But before I do that, I want you to contemplate two things: 1) Amber’s hubby Wiz wore a shirt with suicide hotline information on it, which is a nice idea and very important, and TOTALLY got overshadowed by his wife’s metal floss, so maybe he needs to learn to pick his moments better; 2) is it an ACTUAL crime against the universe if she and Kim Kardashian did not run into each other in the bathroom line? I think it is.

Which of Amber Rose's strings is worse?