I’m tired of the phrase “broke the Internet” — ALREADY; that was fast — but it certainly felt like that’s what happened on Twitter when Julianne Moore stepped out in this over the weekend. People HATED it. I don’t disagree with them. 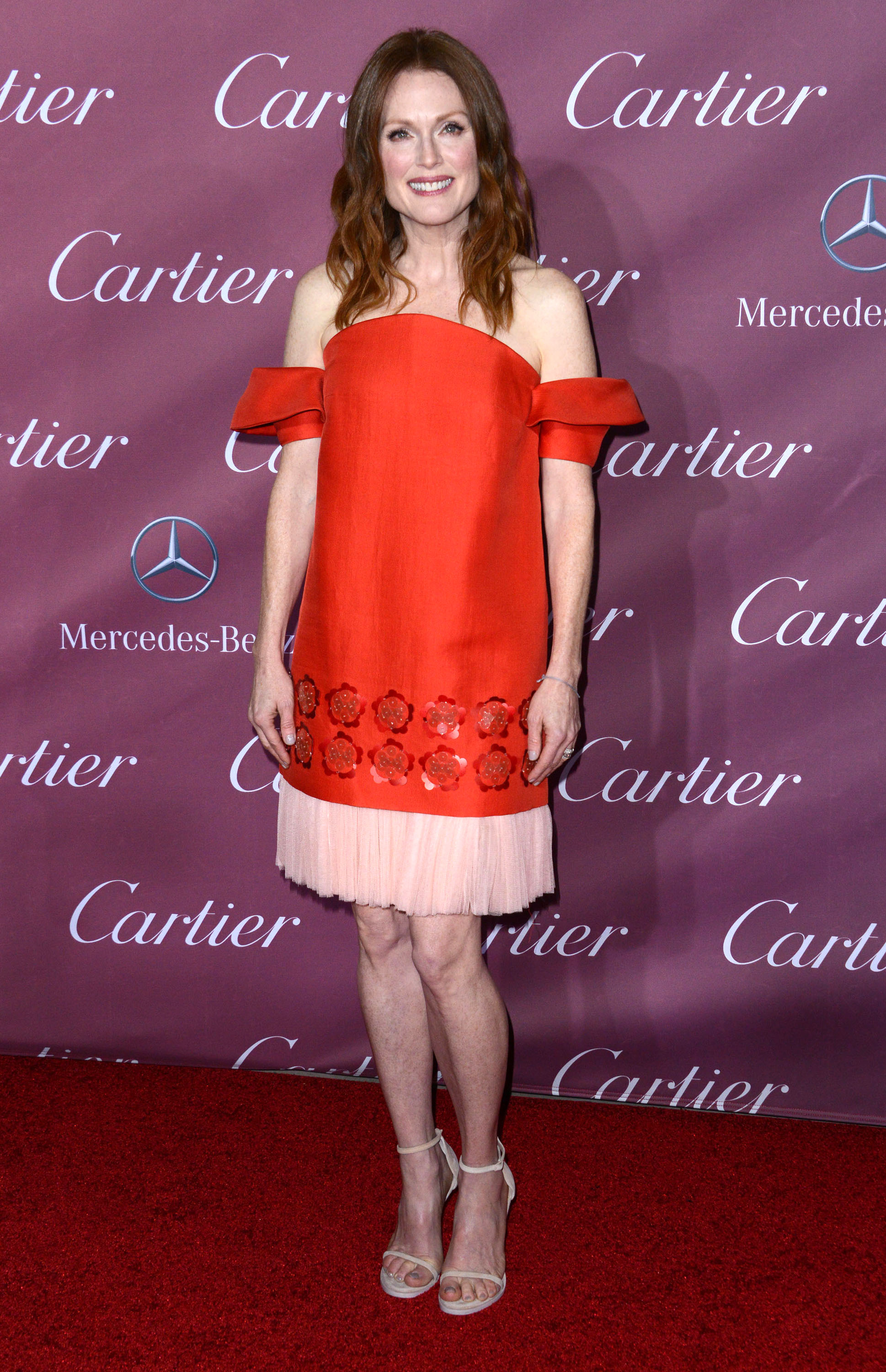 This is very Julianne in theory — she loves weird shapes and catastrophic cuts — but in practice it’s SO Chloe Grace Moretz at the Teen Choice Awards, accepting a gaudy prop trophy for Choice Teen Idol Making Moony Eyes At A Guy Who Will Drop Off The Radar, and reveling in the fact that when you’re seventeen you can wear high-fashion camping equipment and people will smile and call it a phase. The decals look like she bought them at Target and stuck them on herself, and the sleeves have Bovine Ear Syndrome. Seriously, look at the line of the top. It’s a cow’s forehead and ears. That’s all I can see now.

As for the shoes, they’re the Givenchy take on that personality-free style. She’s worn them before; they are the Hayden Christensen of footwear: basically bland and not as cute as you want them to be. I can understand why she chose them, but honestly, a crazy shoe at least would’ve felt committed. As it is, there’s a disconnect for me between her head and feet, and the outfit. In fact, her top-and-toes seem so underdone — her smile so generically pleasant — that it’s almost as if she posed somewhere in JUST the shoes and her underpinnings, so that her stylist could Photoshop her onto a backdrop and then drag and drop dresses on top of her to see what might work. I wouldn’t have gone in this direction, but hey, Julianne Moore is nothing if not style-bananas.

She looked a lot better when she kept it simple: I’m not saying she should always be as basic as this McQueen, but she seems to have a keener eye for casual events. Which can only mean we’re in for some MADCAP romps this awards season as she revs up to win what might be her first Oscar.  My prediction is, if she runs the table at the Globes/SAGs, she wears something REALLY simple and shimmery at the Oscars so that she goes down in history as sanely as possible. GFY Giveaway: I’ll Have What She’s Having by Rebecca Harrington