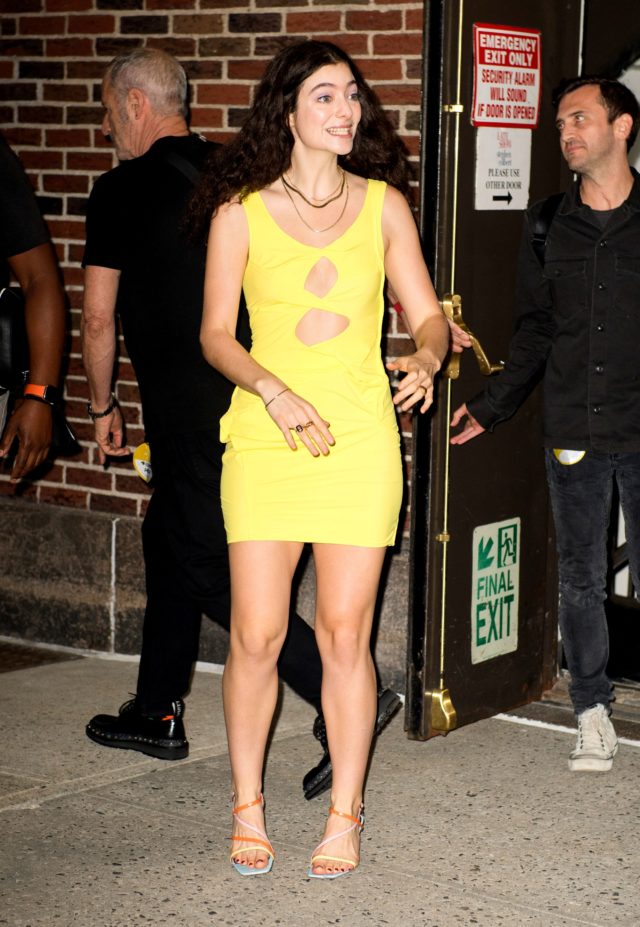 In my mind, Lorde is primarily a black dress girl, and I think of her last album as being relatively angsty — especially after all that speculation that she and Jack Antonoff were secretly together while she wrote it. (If you have never seen the brilliant and hilarious Power Point someone made to try and prove this, treat yourself to it. You’ll think, “I am not going to sit here and read this whole thing,” and then suddenly you have sat there and read the whole thing AND nodded along to it.)  But her new single and her new album are called Solar Power, and so it tracks that she’d bounce out of a promotional appearance wearing a dress the color of sunshine. I like the spirit of it. I don’t love the front. It looks like a cheese pull. You know — that thing where you make a grilled cheese sandwich, and then you pull the halves apart. Delicious for lunch; not so much for the chest.