Wow. We’ve been throwing a lot of Dynasty references around lately — more than usual — but apparently we should have held off until we had all the evidence. Because THIS clearly deserves to be part of that conversation. The lovely Kay is 21, not 41, and as far as I know she wasn’t recently caught playing dress-up at Elizabeth Taylor’s house. She is swimming in this. It reminds me of the last scene in Big, where Tom Hanks gets his wish to go back to his old life and Elizabeth Perkins watches his twelve-year old self walk away, still in his suit, which is now enormous on him. I would be really amused if they re-made that movie with Kay Panabaker wishing to be big and waking up as Elizabeth Taylor. Somebody please get them on the phone.

But I can’t turn you loose without a full-length shot. 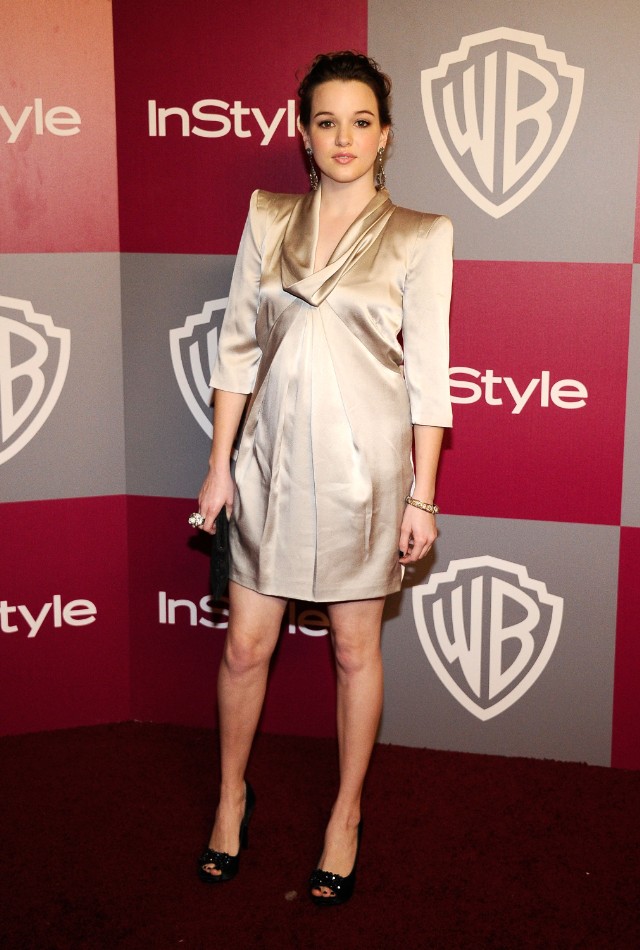 Huh, maybe she was romping through La Taylor’s closet. I’d swear that’s one of her blouses.