I like to imagine now that whenever Fabiola gets dressed, she rationalizes it by creating a backstory for herself. 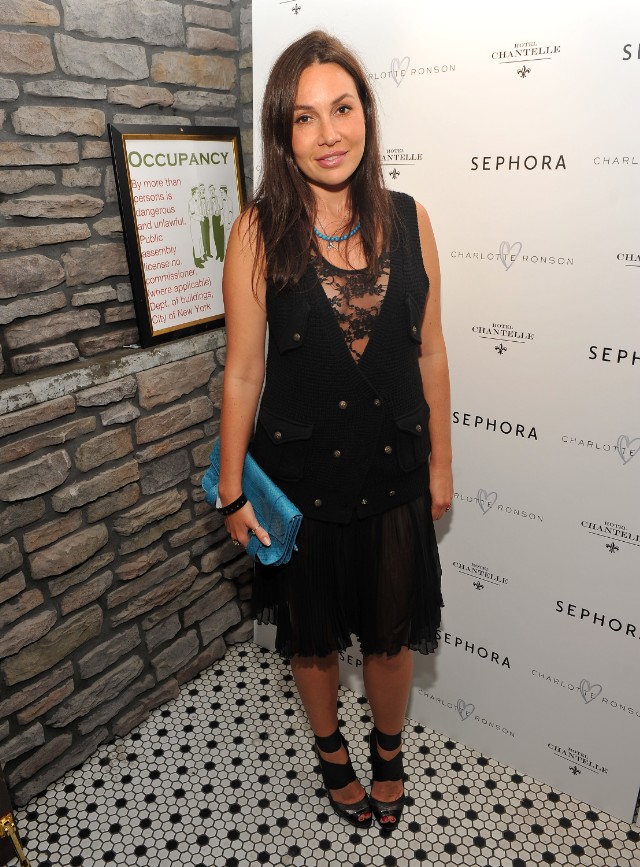 For this outfit, she’s Andie from Pretty In Pink, who loses her love of pink when father finally passes away from a rare loafing disease compounded by a sudden allergy to terrycloth, and who allows the milquetoast major appliance Blane to marry her and then milks him for a bunch of cash to open a boutique and make outfits that are a combination of her heinous prom dress and something James Spader’s character would’ve worn (because she OBVIOUSLY harbors a secret, deep lust for him, being as he’s the bad boy who would’ve been way more fun on a hay bale). Yes, that’s a lot of work to do to validate her urge to don a glorified vest and a slip, but also probably less apt to make people question her mental soundness.