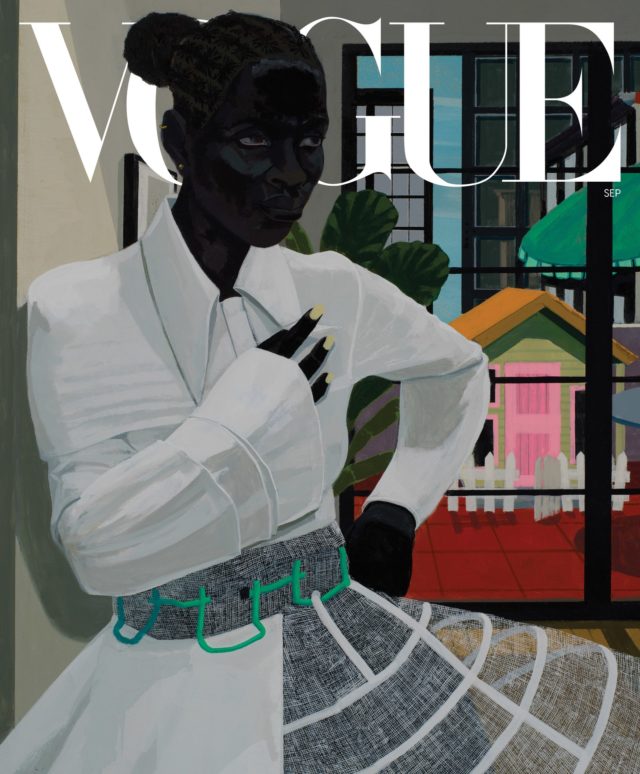 These are great, and the piece on the making of these covers is incredibly interesting:

Artists have created Vogue covers before, on rare occasions: Salvador Dalí, Giorgio de Chirico, Marie Laurencin, and most recently, John Currin, who painted Jennifer Lawrence for the September 2017 issue. (Marcel Duchamp was asked to do one in 1943, but Vogue then turned the resulting piece down.) What’s different this time is that [Kerry James] Marshall and [Jordan] Casteel were given complete freedom to decide who would be on their cover, a real or imaginary person, and how that person would be portrayed. The only requirement was that they choose a dress by one of four Vogue-selected designers for their subject to wear.

(Those other covers are included in the piece, other than the Duchamp one, which I’d love to see.) I am THRILLED to see Kerry James Marshall’s work featured — his is the piece above. He had a retrospective at LA’s Museum of Contemporary Art a few years ago, and it was one of the best shows I’ve ever seen. When museums come back, if he ever has a show near you, please go see it. His work is amazing; this is obviously hugely subjective but I think he is my favorite living artist. Both he and Jordan Casteel, who did the work below, talk about their artistic inspirations, their process, and what they’re trying to accomplish with these covers in the piece I linked, and it’s really compelling.  We also get to see the Marshall cover in progress. Vogue also linked to an earlier profile of Jordan Casteel, which was very interesting and well worth your time. Here’s part of what she says about this piece, which is a portrait of Aurora James, the Brother Vellies designer and founder of the 15% Pledge.

“I think of the sky as being full of endless possibilities,” Casteel says. “A lot of hope lies within that. The two birds next to her are a moment where I think of flight—the opportunity to move into new spaces. Most of the windows have the same blue that is in the sky. I like the idea that the hope of the sky came inside this urban building-scape, that whoever occupies that space within is also seeing the sky. I think about her foot being pressed against the ground. I purposely chose this active foot that feels like it’s propelling her upwards into the world above her—she’s stepping into the space of real possibility. Those are some of the things I thought about in making this portrait as it relates to hope and all the things that can exist beyond where we are right now. To create a better future, not only for ourselves but for those we love and those who will come after us.”

The 1990 VMAs Also Had an Iconic Madonna Moment

The Nordstrom Anniversary Sale Ends Sunday, Here’s Some More Stuff You Might Want 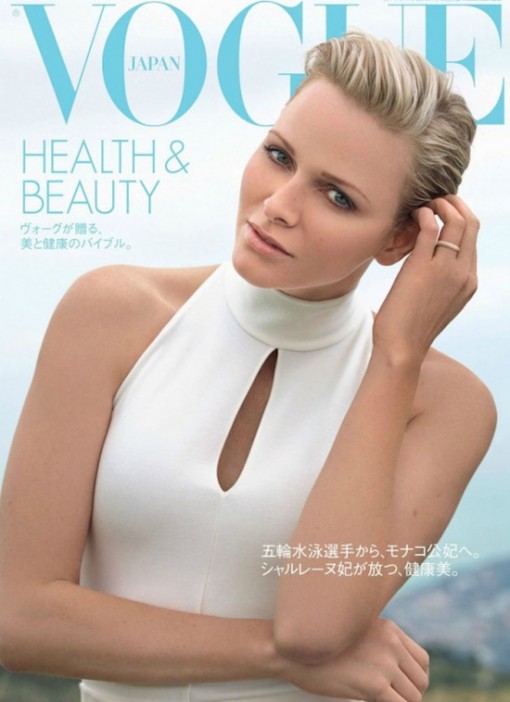